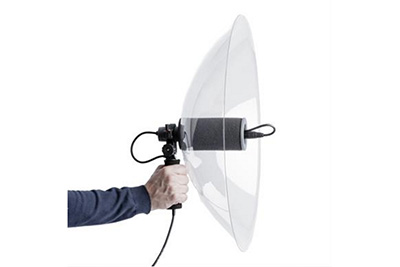 Parabolic dish microphones (July 2022)
Telinga is the leading brand for kits with professional microphones and foldable parabolic dishes. They have many advantages and shield you from most ambient noise due to the narrow sound uptake. The price will turn away some people and the bulkiness others. But if you are a sound recording nerd then this is it. 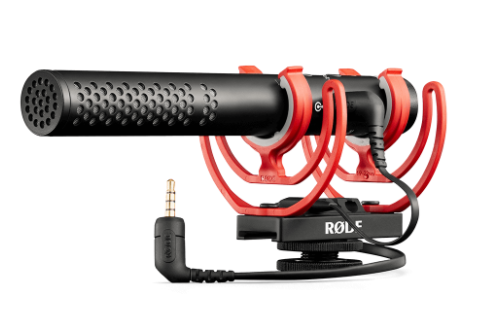 Shotgun microphones
The more practical and economical choice for most would be a some type of directional microhone, or so called shotgun microphone. In the shotgun mic., off-axis sounds are attenuated relative to the on-axis sounds. I have used this type of microphone, a Røde VideoMic NTG with my Canon and Sony cameras, but most often directly into my Olympus LS-P4 recorder. 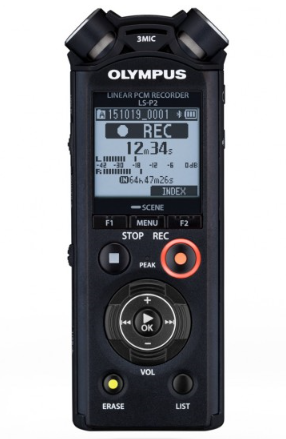 Recorders
The Olympus LS-P4 records in highest broadcast quality 96 Khz/24 bit (PCM format). For those who want smaller file formats or are not as nerdy about uncompressed audio you can also save directly into the MP3 format. It has many functions such as trimming recordings directly on the unit. Zoom H1n Handy Recorder is a good alternativ.

Both the Zoom and Olympus have built-in microphones. But if you want the best audio then you need to plug-in an external microphone, like the VideoMic NTG shotgun mic or the Telinga.

Starting out with field recordings 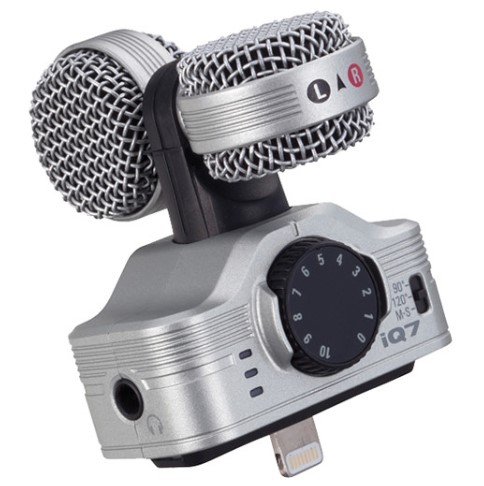 My recommendation! Before you dive in to the more advanced recorder such as Olympus LS-P4 and a shotgun microphone like the Røde VideoMic NTG, I would start with an external iOS/Android microphone. This will up the quality of the recordings from what you would get directly from the phones built-in microphone. These microphones allow you to select a more narrow sound uptake of 90° and a gain switch to increase the input of the faint birdsong.

Sound editing
Then learn how to edit the recordings on the phone or using computer software such as Audacity, WavePad or purchase the excellent Adobe Audition. These programs are great for removing noise from the sound track. Finally upload them to your private SoundCloud account or share (only your very best) on Xeno-Canto

Beginner guides
Read up on how to capture sounds, edit and upload from a beginners guide to field recording, followed by the golden oldie Naturesongs guide

The Proper Use of Playback in Birding

Sibley Guides has a good article on the proper use of playback. In short avoid loud and prolonged playbacks. Avoid using it to lure very rare birds in breeding season where also other birders could potentially playback and thus increase the likelyhood of a spoiled breeding. The Proper Use of Playback in Birding

Analyze the bird sound to find out what species it is: